Skip to main content
Back to the blog index

What you need to know about meth contamination

It’s understandable why people have been so worried about methamphetamine contamination. Methamphetamine, also known as meth or P, is used throughout New Zealand and some drug testing companies have claimed that up to 80 per cent of homes could contain traces of it. No one wants to expose their family to any health risks when they’re buying a home, or to make a significant financial commitment to a property that might present problems. However, the recent report from the prime minister’s chief science advisor has pointed out that most people run a very low risk of living in a property with dangerous levels of meth contamination.

The May 2018 report from Professor Sir Peter Gluckman found that there was no point in testing a property for meth contamination unless there was a strong suspicion or evidence that it had been used as a meth ‘lab’ or there had been very heavy drug use there. The researchers found no evidence of anyone being harmed from passive use and said there was no adverse health risk of third-hand exposure to methamphetamine residue from smoking found on household surfaces. Even if someone had been smoking methamphetamine within a property, any residue on household surfaces diminishes over time, so someone living in a property would not be exposed to a constant dose every day.

According to the report, a house is safe to live in up to a methamphetamine level of 15 micrograms per 100cm2, with no adverse health effects.

If you are concerned about a house you are interested in, ask the real estate agent if it has been tested, noting that levels less than 15 micrograms per 100cm2 are safe to live in. If you don’t make the agent aware that methamphetamine is a real concern to you the agent is not obligated to tell you about results that are considered to be safe, with no health effects (in other words those below 15 micrograms per 100cm2).

If the local council has been notified (usually by the New Zealand Police) that the property has been used as a site for heavy meth consumption or production, this should be recorded on the Land Information Memorandum (LIM).

If you learn that a property has tested positive for methamphetamine before you make an offer (and you are still interested in buying it), your course of action depends on the level of the result and your appetite for the work required to put it right. You can seek advice from a meth testing and remediation company on the estimated amount of work required for results above 15 micrograms per 100cm2, and negotiate with the seller for an according reduction in price. Alternatively, you can add a condition to your offer asking the seller to clean and decontaminate the property to an agreed acceptable level.

Talk to your lawyer before making an offer on a property if you are concerned that it may be affected but you don’t have time to get it tested. They will be able to advise you about including a satisfactory test as a condition of your offer.

Bear in mind that meth testing is not currently regulated in New Zealand. It may be a good idea to research the particular remediation company before you engage them. Be aware that composite field testing, where multiple samples taken throughout a property are combined into a single sample, can lead to false impressions of high exposure. This type of testing is not recommended.

When the meth report came out Sir Peter Gluckman said people were more at risk from mould in homes than they were from meth contamination. His statement is a good reminder that there are lots of things to consider when looking for a house to make your home. Asking questions and weighing up real evidence is the only way to make sure you’ll sleep easy with your decision.

How useful is this page?

By the team at settled.govt.nz What can I do if there's a problem with my new home? 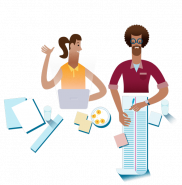 What property buyers need to know about insurance